URBAN ONE, INC. HOSTED ITS ANNUAL URBAN ONE HONORS IN CELEBRATION OF THE 40TH ANNIVERSARY OF RADIO ONE AND RECOGNITION OF URBAN AMERICAN LUMINARIES ON DECEMBER 5th, 2019 AT MGM NATIONAL HARBOR

Some of the biggest names in film, television, and music gathered for a star-studded affair at the annual URBAN ONE HONORS at MGM National Harbor in Oxon Hill, Maryland, on Thursday, December 5. Hosted by Urban One Founder and Chairwoman Cathy Hughes and actor Chris Tucker, the prestigious event celebrated the 40-year legacy of Radio One and will premiere on January 20, 2020, the Martin Luther King, Jr. holiday, at 8 P.M./7C on TV One.

The televised event will herald the accomplishments of individuals who have made extraordinary contributions in entertainment, media, music, fashion, sports, education, and the community; It will also pay tribute to the 40-year history of Radio One, the radio division of the company, and its extraordinary founder, Cathy Hughes.

“I give praise and thanks to God from Whom all blessings flow for the opportunity to be of service to my community for these 40 years,” said Hughes. “I always say that Radio One is my second baby next to my son and business partner, Alfred Liggins.

I am immensely grateful for the men and women who have worked to help make Radio One a success. It started as a single radio station and is now a media family with two cable television networks and various digital media platforms. I look forward to celebrating this milestone and recognizing others who are doing phenomenal work in their industries.” 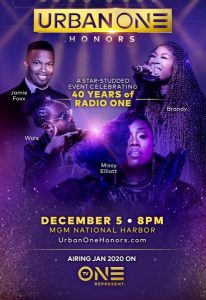 The program will feature a star-studded line-up of presenters and honorees as well as special musical performances. It will serve as an annual commemoration of the achievements of Urban Americans and broadcast their contributions to our culture and global society.

“Urban Americans have had a tremendous impact on society and culture, a fact that we’re excited to celebrate with the telecast of the annual Urban One Honors on TV One,” said Rice. “As we honor the 40th-anniversary milestone of Radio One, Ms. Hughes’ outstanding contributions as a media pioneer, and the impact of the honorees, we’re proud to continue the network’s mission to represent the richness of the Urban experience.”

“Our team at Radio One DC is profoundly humbled to be a part of this historic presentation of Urban One Honors,” stated Wilson. “It’s not only a celebration of 40 years of broadcast history but also a tribute to some of the most luminary figures in our American culture.”

Highlights from the evening included:

For the latest information on URBAN ONE HONORS please visit UrbanOneHonors.com.

Catherine Liggins Hughes is an American entrepreneur, radio and television personality and Business Executive. Hughes founded the media company Radio One, and when the company went public in 1999, she became the first Urban-American Woman to head a publicly traded corporation. 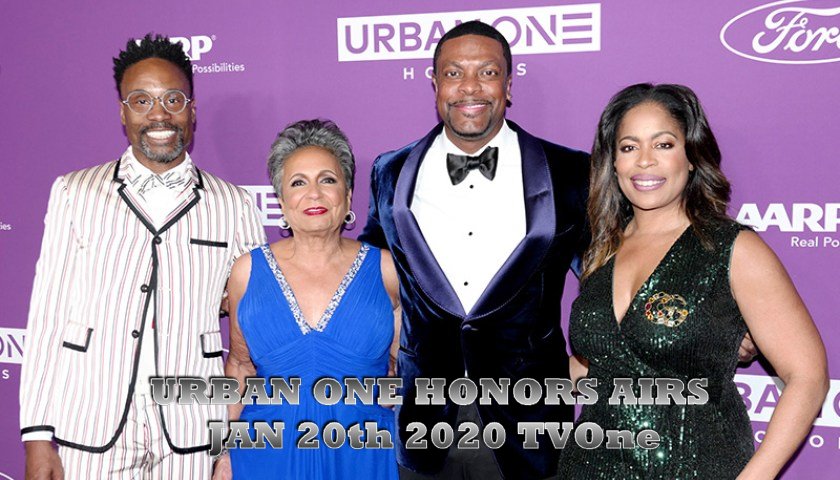